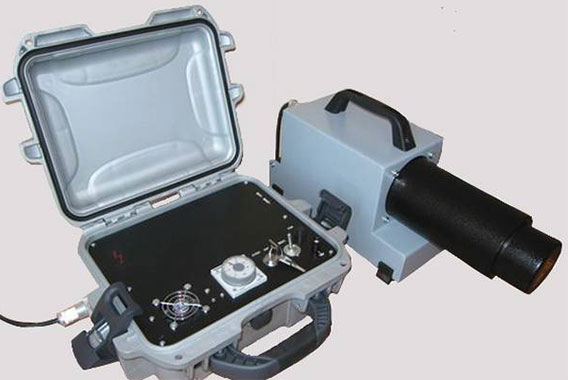 It is used by production and operation of vitally important goods, components and constructions (houses, railways, aircrafts, sea vessels, fuel- and gas-piping, and other equipment).

Depending on detectors used the following ones may be distinguished:

Non-destructive testing method consisting in transformation of object’s radiation image, being under control, into the light image on the output screen of radiation and optical transducer, provided that the analysis of the received image is carried out in the course of testing.

Information acquisition method on product’s internal condition being under control and ionizing radiation in form of electrical signals (of different rate, duration or quantity). His method provides the highest possibilities for control process automatization, control automated reverse communication and product manufacture technological process. The advantage of this method is in the opportunity to carry out continuous high-productive goods quality control caused by equipment used high response rate. This method is as good as the radiography by sensitivity.

Dye penetrant inspection of non-destructive testing is the simplest non-destructive testing method used for detection of continuous structure surface and through defects. It detects defects with the surface outlet. The method is based on the capillary penetration in the middle of the indicator fluid defect with the following recording of indication traces. It is widely used for the control of welding joint integrity.

According to regulatory documents the sensitivity class is specified depending on detected defects size. Sensitivity of flaw-detective materials is set on control samples.

There were set 5 sensitivity classes (by the lower threshold) depending on defect sizes.

Magnetic particle inspection is intended for detection of surface and undersurface defects spreading deep into the product, in the different sizes objects made of ferromagnetic materials, materials with non-magnetic coating.

This is one of four classical non-destructive testing methods connected with the use of devices and flaw-detective materials for NDT.

Magnetic particle inspection is an independent technological process and includes: